Pulling Back to Push Your Life Forward

Today I awoke to the surprising news that a fellow Wellness Coach Bob Harper, an emblem of health the article noted, had suffered a heart attack at age 51 while working out. A motivator, fitness guru, and “Biggest Loser” trainer was now in the hospital and recovering.

Reading through the article, I paused when it mentioned his mother had passed away several years ago from a heart attack. The article further stated that according to the American Heart Association, children of parents with heart disease were more likely to develop it themselves. Susceptible to risk factors we are born with and can’t change, no matter how healthy we are. This is unsettling news for many of us – myself included. My mother as fit as she seemed at 70, had undergone heart surgery. Her mother and several siblings had all died in their late 40’s and early 50’s of heart conditions. Was there nothing I could do to prevent the inevitability of my own genetic future?

The article mentioned many risk factors that could be controlled: managing cholesterol, (not so easy as it sounds, since some types of cholesterol are produced by our liver – a genetic trait) not smoking, (for me, that was easier to control as I never did) getting enough physical activity (what defined enough and what types of activity) managing your weight (a healthy BMI range) and glucose levels (a double whammy for me, with a father who suffered diabetes) Even with all these factors in check, would it be enough to avoid a heart attack? I’m sure Bob knew and practiced a healthy lifestyle. So what could have set off the disease?

I met Bob many years ago at a gym in Santa Monica. He was training Michael Weatherly funny enough, as I now work with him. We were both up and coming trainers with a roster of celebrity clientele and were busy defining our brand and workouts. I admired his ability to push. In one demo session with me, he made me lunge over 100 steps. My legs screamed and I cursed at him – but that was his style and it got physical results. We were both in our 30’s, although I was four years older. As time went by, Bob became the go to trainer for weight loss and I honed my own 3-2-1 Training Method. Life was good.

Or so it seemed. At 48 I had an unusual experience. It was a busy year and I was running around LA training three to four clients a day, in their homes. Often, I would be in traffic and in a hurry, with this to do and that to get to. My mind worked overtime and stress was at a peak. One evening I came home from work and I could actually feel my heart physically constrict in my chest. It went on for what seemed like a minute and I had to take deep breathes to try and release it. It caught me off guard and it scared me. What had happened to me?

According to my good friend Cathleen DeWitt, a registered nurse, and Healthy heart coach, who had undergone four open heart surgeries herself, the symptoms pointed to angina and signaled that not enough oxygen was being delivered to my heart. It could be a warning sign of heart disease that shouldn’t be ignored and she recommended follow up reading on this website, http://www.mayoclinic.org/diseases-conditions/heartdisease/in-depth/heart-disease/art-20049357.

Simply too busy to stop working, it wasn’t until a call from my mother came that forced a switch in my lifestyle. She had just returned from her doctor and had failed a stress test, upon further examination she was found to have four blocked arteries and surgery was scheduled within the following weeks. I packed my bags, said my goodbyes and headed back to my home town in Canada to support her through this.

The surgery was an unsettling experience for our family to go through. Seeing my mother, a powerhouse of a woman, in a hospital bed put perspective back into my life. Luckily, because my mother was at such a great fitness level before she went in for the surgery – an avid gym goer who routinely used weights and engaged in cardio, her recovery was astounding. After a few days, she returned home and within the month, she was walking easily around the block. In my mind, even if she couldn’t stop the disease from progressing, she was still able to win the battle.

That time spent with my mother nursing her back to health had a profound effect on my own wellness program. Previous to that month my workouts were all very strenuous, I was used to running but I wasn’t as interested in walking. Going to the gym and pumping heavy iron, getting into every hard hitting boxing class and challenging my limits in Crossfit was my regime, but now something had shifted. I knew that intense exercise added stress to the body, but to many people, the physical intensity also helped manage stress.

Sweating felt good and the endorphin rush made me feel strong. But was it possible, that with my genetic predisposition, I was putting my body into a constant stressful environment that would prove to be too much? Could it be equally as important – or even more important – to de-stress on a regular basis?

The slower pace of my home town proved to be a much needed restorative few months during which I released a lot of the physical and emotional pressures I incurred living the fast life in LA and the demands of a rising career. With less of a daily routine, I began to appreciate long walks with others, laughing and reminiscing. I started a new Yin Yoga practice, received regular massages, played scrable with my parents and enjoyed long luxurious baths. I found myself listening to my inner voice, which was telling me to switch it up and live in the moment.

I asked my friend Cathy, was it possible that the stress we put on our hearts if we were genetically predisposed, would push us to the breaking point? Could pulling back rather than pushing all the time be beneficial? She agreed it was important to create balance, to attain knowledge on the disease and to recognize symptoms. She also mentioned women particularly tended to ignore symptoms too busy taking care of their families first.

I came back to LA after spending three months with my mother happier and more relaxed. My body felt balanced and I vowed to spend half my time embracing a new Yin/Yang lifestyle. Since then, I have begun a weekly 2-day-a-week Restorative Yoga practice alongside my three-days-a-week weightlifting program.

I’ve explored silent time meditating in a pyramid in my travels to India and continue the practice seated on a blanket at the beach. I run only half the week, opting to take longer outdoor walks in nature the rest of the time.

I pray more, I laugh more, I live more, I slow down more, and when I find I’m getting back into that stressful routine of yesterday, I pull back. 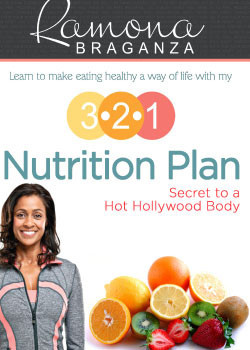